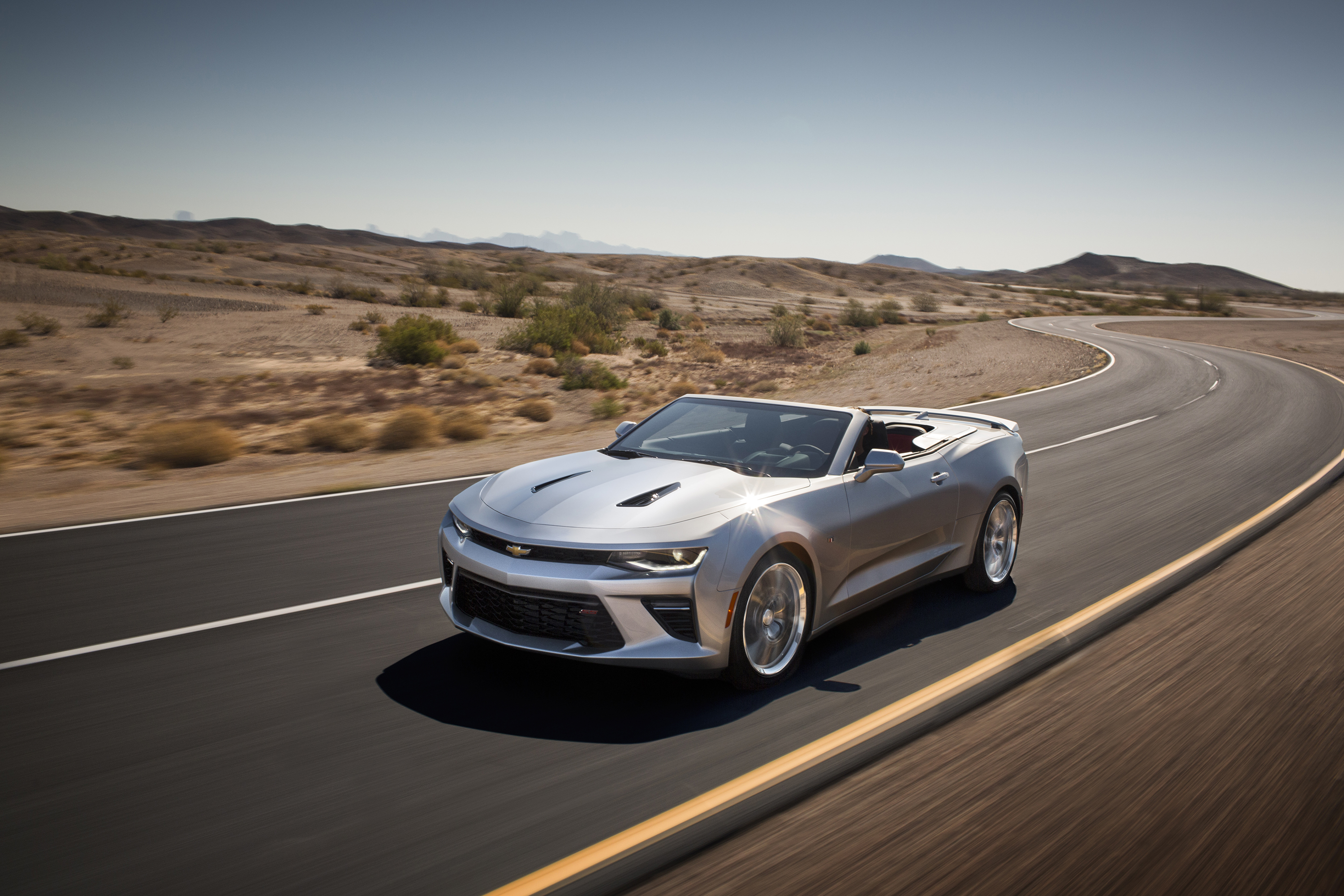 Segment’s most advanced top is fully automatic, with refined appearance

DETROIT – Let the sun shine in. Chevrolet will offer a convertible model of the all-new 2016 Camaro, featuring the segment’s most advanced top.

The 2016 Camaro is the only convertible in the segment to offer all of the following:

The electro-hydraulic power roof system features multilayer construction – including acoustic and thermal barriers – designed for a comfortable, quiet driving experience in all seasons. The top emulates the sleek silhouette of the Camaro coupe.

“The 2016 Camaro coupe will set the benchmark for the segment in terms of technology, performance and design,” said Todd Christensen, Camaro marketing manager. “Adding the most sophisticated top in the segment brings another level of refinement – and driving enjoyment – to the Camaro convertible.”

Like the Camaro coupe, the convertible benefits from a stiffer, lighter structure that helps reduce total vehicle weight by at least 200 pounds compared to the model it replaces. Consequently, the Camaro convertible retains the coupe’s sharp chassis tuning and nimble reflexes.

“From the beginning, the Camaro’s architecture was developed to incorporate a convertible with uncompromised driving dynamics,” said Al Oppenheiser, Camaro chief engineer. “Customers will appreciate what they don’t feel: quivers, cowl shake or an under-damped chassis typically found in a four-seat convertible.”

The architecture also enables the Camaro convertible’s sleek design, allowing the top to fold down completely beneath the belt line. The hard tonneau cover automatically covers the folded top, creating a finished appearance.

“With many convertibles, you have to affix a tonneau cover manually – if it’s done at all,” said Tom Peters, design director. “The Camaro convertible’s automatically deploying hard tonneau not only makes it easier to enjoy convertible driving when the inspiration hits, it ensures the car always looks its best.”

The sixth-generation Chevrolet Camaro offers higher levels of performance, technology and refinement and is designed to maintain the sporty car segment leadership earned over the past five years.

Offered in LT and SS models, it provides a faster, more nimble driving experience and a broader powertrain range.

Six all-new powertrain combinations are offered, including a 2.0L Turbo rated at an SAE-certified 275 horsepower, an all-new 3.6L V-6 producing and SAE-certified 335 horsepower, and the LT1 6.2L V-8, which is SAE-certified at 455 horsepower and 455 lb-ft of torque – the most powerful Camaro SS ever. Each engine is available with a six-speed manual or eight-speed automatic transmission.

The 2016 Camaro coupe and convertible will be produced at General Motors’ Lansing Grand River assembly plant in Lansing, Mich.

FAST FACT: In 1967 – Camaro’s first model year – the available convertible model came with a manually operated top. A power-operated top was a $52.70 option selected by 47 percent of buyers.