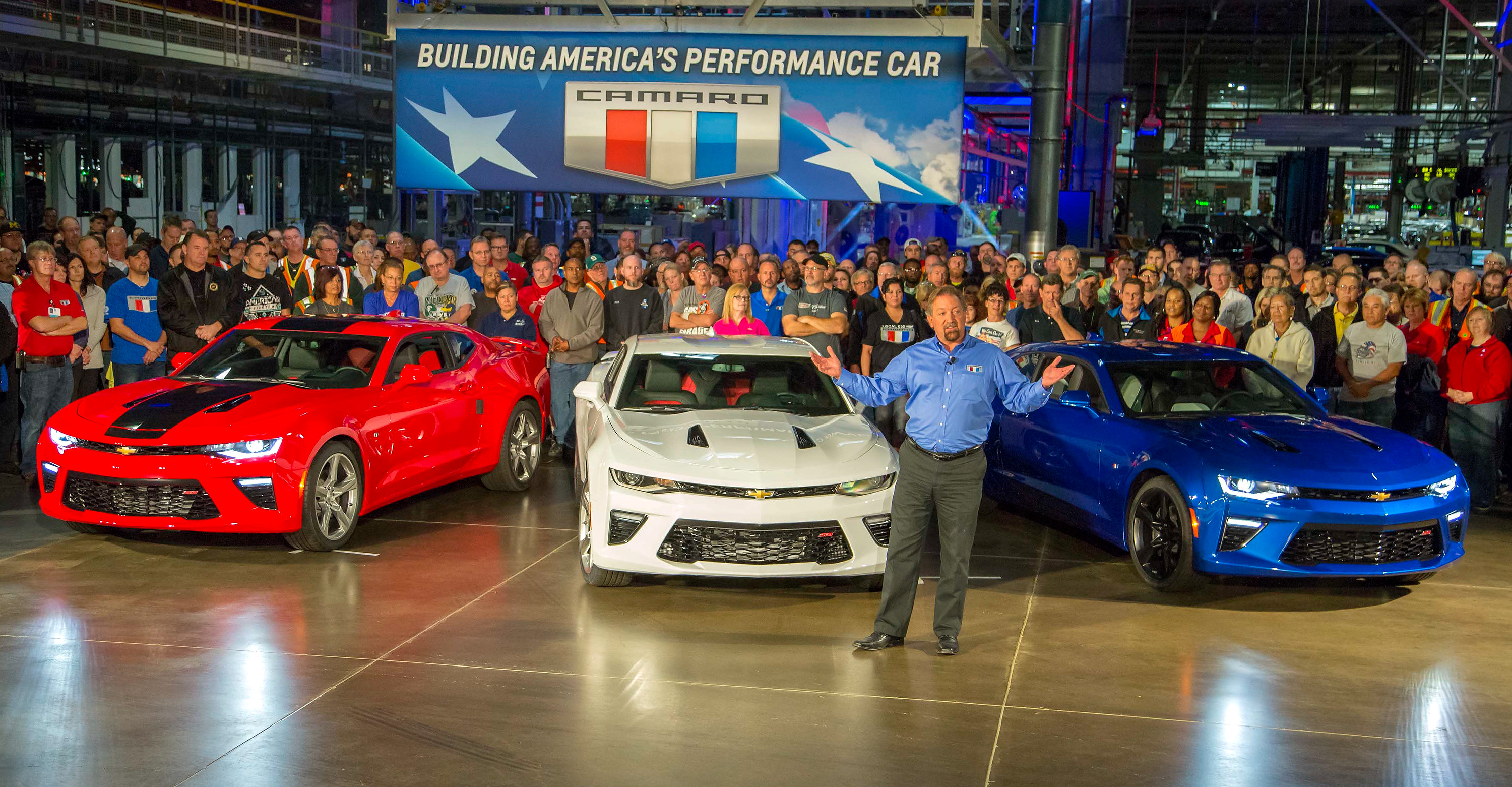 LANSING, Mich. – The wait is over. Chevrolet announced today it will begin shipping the all-new 2016 Camaro to dealers.

The first wave of production models will leave the plant by the end of this week and should arrive at dealerships for customer delivery by mid-November.

The Gen Six Camaro rolls off the line at GM’s Lansing Grand River Assembly facility, which received a $175-million upgrade in tooling and equipment to support its production.

“It is an exciting day for everyone involved in bringing the new Camaro from a concept to the assembly line,” said Mike Trevorrow, Lansing regional plant manager. “As the transporters head out to dealerships across the country, the hard work and pride of everyone at Lansing Grand River Assembly goes with them.”

The 2016 Chevrolet Camaro offers higher levels of performance, technology and refinement starting at $26,695 for the Camaro 1LT and $37,295 for the 1SS.

Six all-new powertrain combinations are offered, including a standard 2.0L Turbo and an available, all-new 3.6L V-6 in LT models, and the 455-hp LT1 6.2L V-8 in the SS – making it the most powerful Camaro SS ever. Each engine is available with a six-speed manual or eight-speed automatic transmission.

The first vehicles delivered to customers are coupes – SS or LT models with the 3.6L V-6. The Camaro Convertible and models with the 2.0L Turbo engine will begin shipping in early 2016.

Vehicle mass has been reduced between 223 and 390 pounds, depending on the model, creating a more nimble, responsive driving experience. The leaner, stiffer platform and slightly smaller dimensions are accentuated by a dramatic, sculpted exterior. Meticulously tuned in the wind tunnel, the new Camaro’s exterior contributes to performance through reduced aerodynamic lift for better handling while enhancing efficiency.

“There has been a lot of excitement and anticipation around our community and throughout the world for the next-generation Camaro,” said UAW Local 652 President Mike Green. “We have received great products here because of the quality of work always performed by the Lansing autoworker, active and retired.”

One Thought to “CHEVROLET READIES SHIPMENT OF 2016 CAMARO”