In Heath’s New French and English Dictionary dated 1932, the word “Camaro” is defined as “Camrade, Friends, Mate, Chum, or Pal” 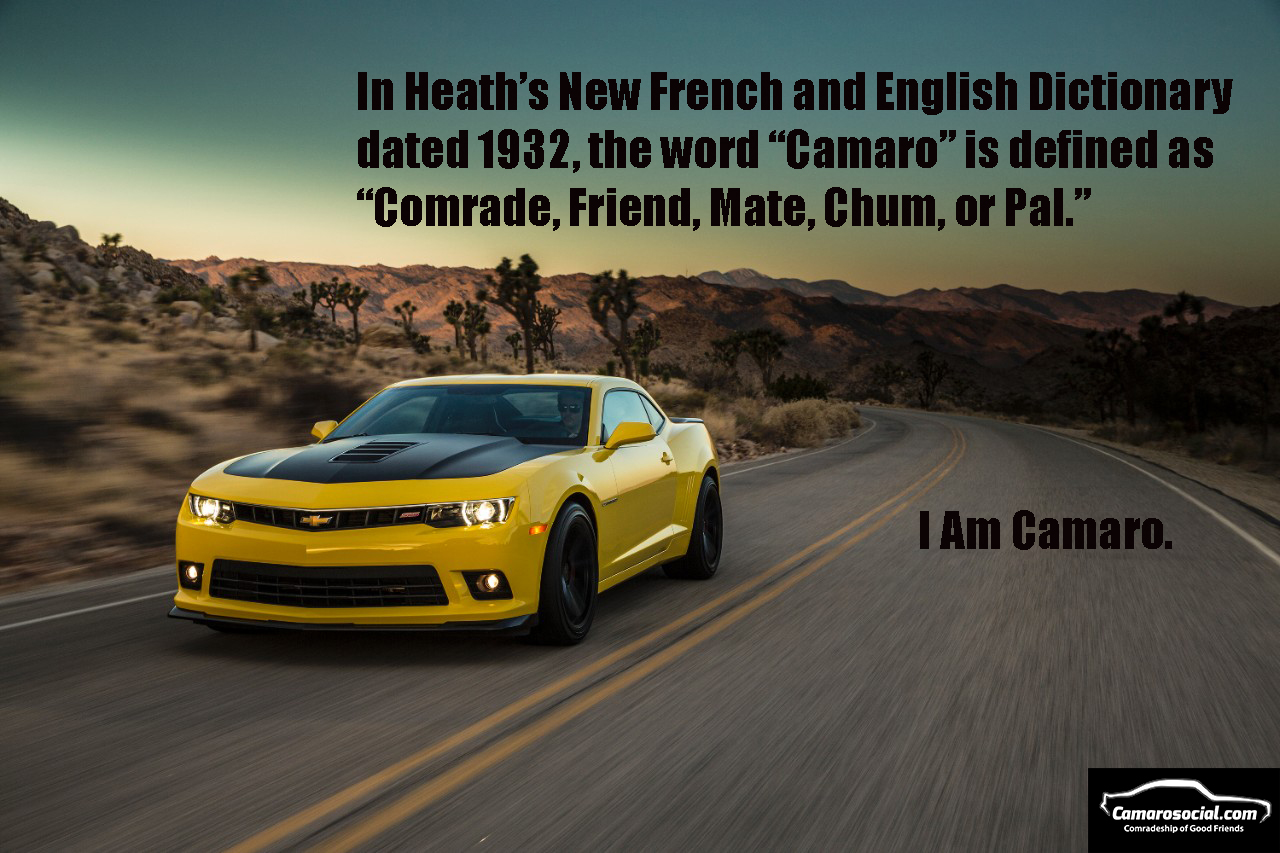 “…………Chevrolet has chosen a name which is lithe, graceful, and in keeping with our other car names beginning with the letter C ……..Above all, it is the name of our new car line to be introduced on September 29……..and to us, the name means just what we think the car will do: GO! ….and here it is!……..”

At that moment, five very pretty girls came onto stage – each holding a letter……Mr. Estes held the sixth letter – and while a narrator described to out-of-towners what was going on, Mr. Estes placed each girl in order and then lined up with them for all to see the word “CAMARO.”

Once again, Mr. Estes repeated some of his earlier remarks:

“….the name CAMARO means ‘friend’ – ‘pal’ – or ‘comrade.’ Thus, it suggests the real mission of our new automobile – to be a close companion to its owner – tailored to reflect his or her individual tastes and at the same time provide exciting personal transportation. Chevrolet has chosen a name which is lithe, and graceful – and in keeping with our other names beginning with ‘C.’………..thus, it suggests the comradeship of good friends……as a personal car should be to its owner.”