CamaroZ28.COM Pioneered the Message Board

I wanted to add something to CamaroZ28.COM to generate more of a community feeling. I had been looking endlessly for an online message board system for the web, similar to what I’ve was accustomed to with BBS'(Bulletin Board Systems) for years. At the time I was helping run an ISP in the Metro Detroit area that spun-off from one of the most popular BBS’ in Metro Detroit. One of my good friends was looking for something similar to a client we had at The (I)ndustry Network (an ISP I helped run in the 1990’s).

There were very few automotive enthusiast websites, and none of them had a message board. There were some things that were close, but it was more of a guest book type question and reply system with no threading whatsoever. Most messaging still took place on e-mail mailing lists and Usenet newsgroups. Being an old member of the F-body.org mailing lists from 1993, I loved that community feeling, but it was all in e-mail – I wanted it moved to the web for easier access, more of a hub and meeting place for all the Camaro and Firebird enthusiasts that visited CamaroZ28.COM every day. 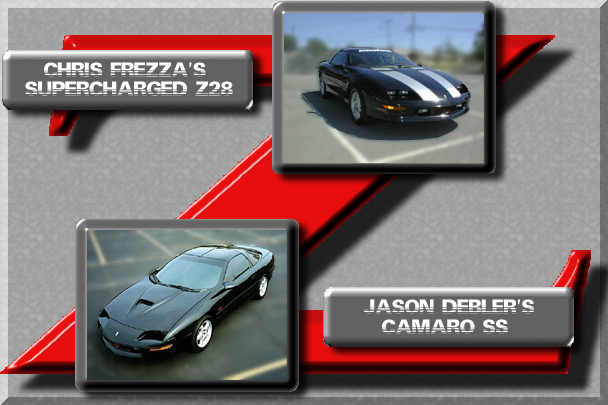 Finally, my good friend Chaunce and I stumbled across a new piece of freebie software that looked exactly what I wanted! It was written by a guy named Ted O’Neill in his spare time. The name of the software was called The Ultimate Bulletin Board software – better known as UBB now. After swapping e-mails quite a few times with Ted, I got the software installed on my then small little Linux box running Slackware that hosted Camaroz28.com in my office.

So, on December 24, 1997, the CamaroZ28.COM Message Board went LIVE. We were the first Automotive Enthusiast website to deploy a threaded message board system and I was extremely happy with it! I and Chaunce were the first two user accounts on the site, then I told Jason Debler to check it out and he was floored! Instantly people starting signing up and creating threads!

UBB’s starting popping up all over the place then as it was becoming one of the premier Message Board packages on the net. It seemed like if you started a website, you had to have a UBB as well. Even though we eventually switch to Vbulletin I believe in 2002, UBB and it’s creator still hold a very special place in my heart.

The rest, as they say, is history. 20 years and 100,000+ members later – here we are! We consider ourselves at CamaroZ28.COM pioneers in the online enthusiast community. No, we didn’t write the software – but we provided you all with the tools to make the community (and many other automotive enthusiast communities) what it is today.